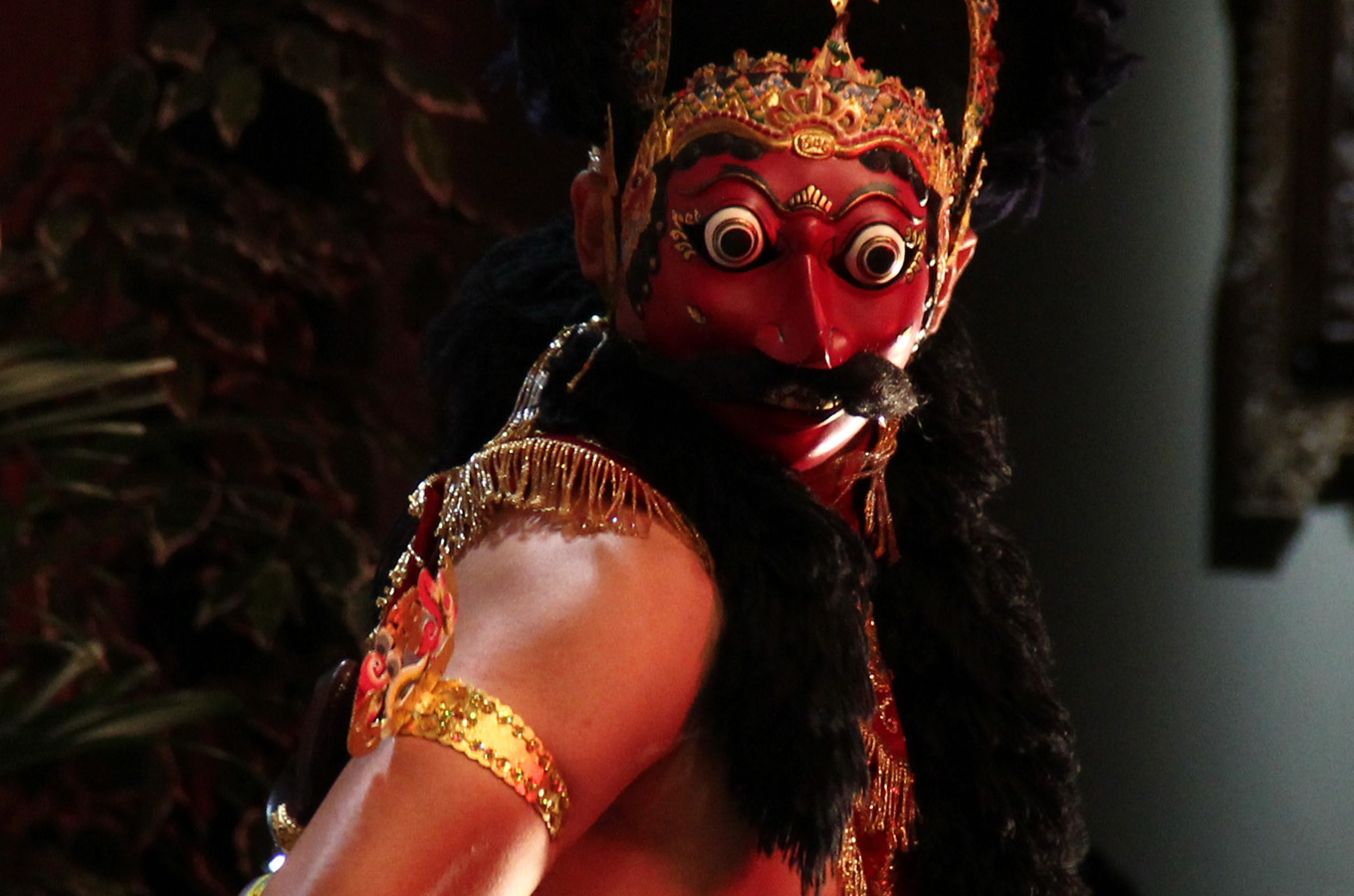 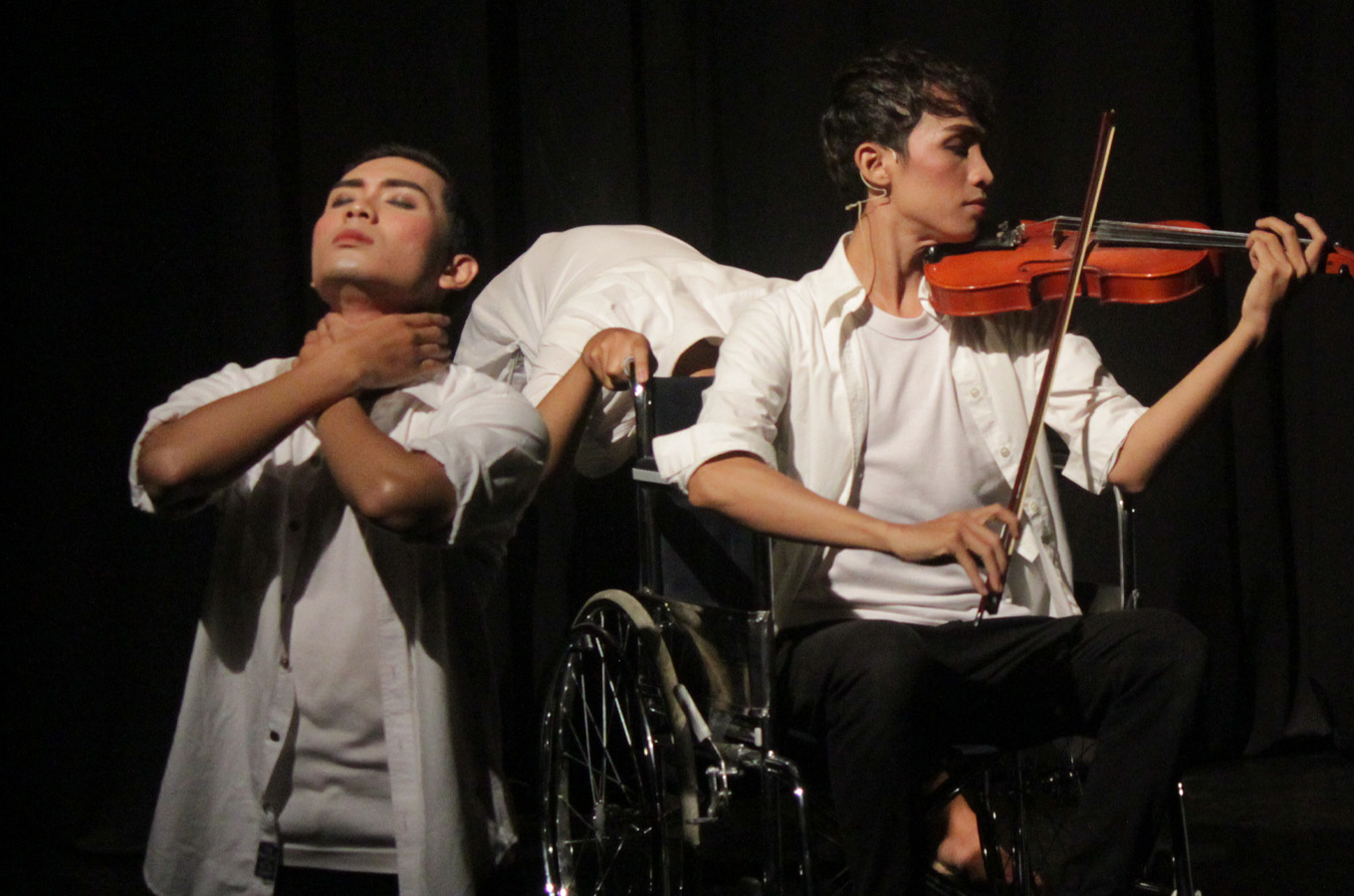 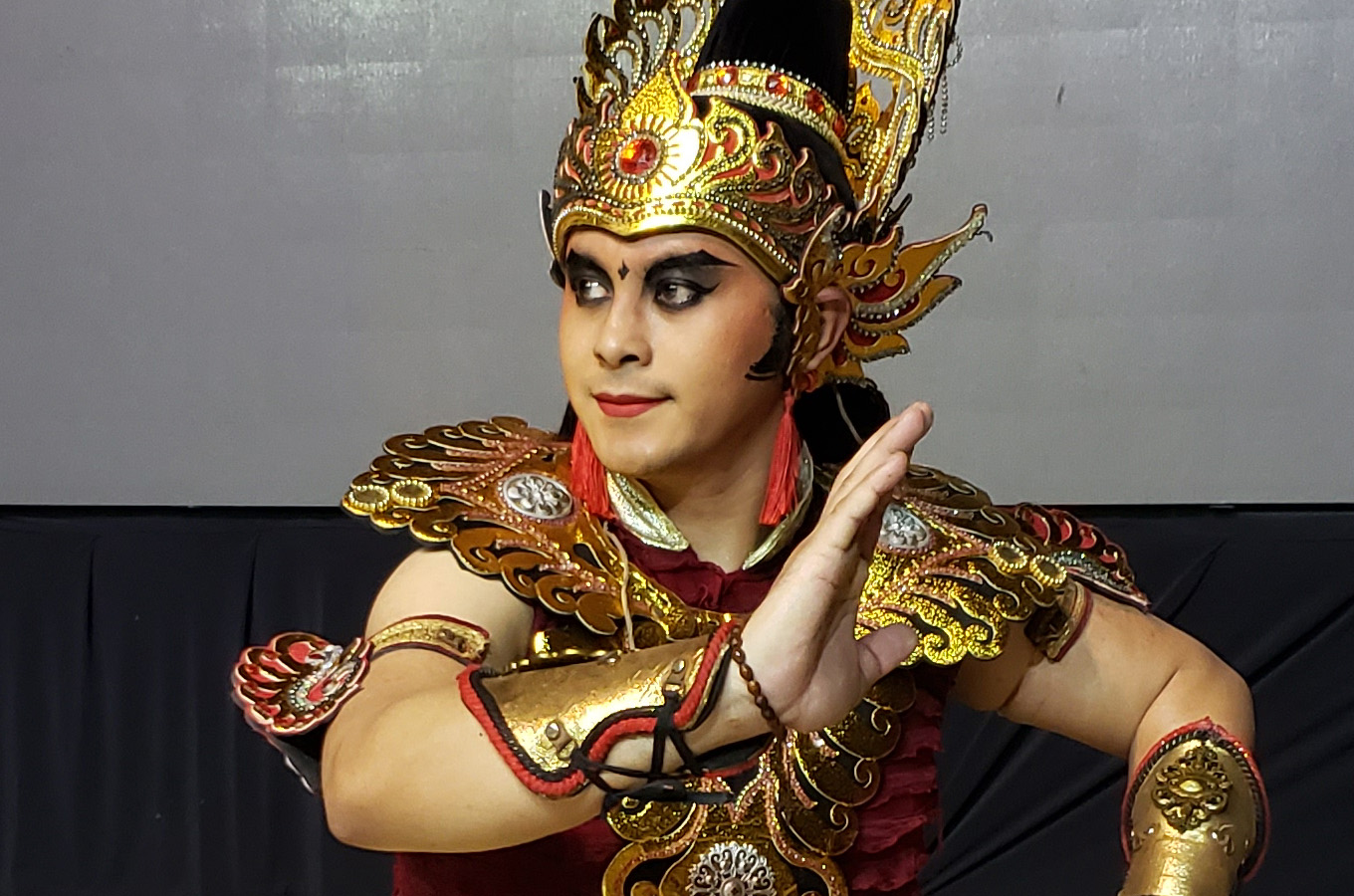 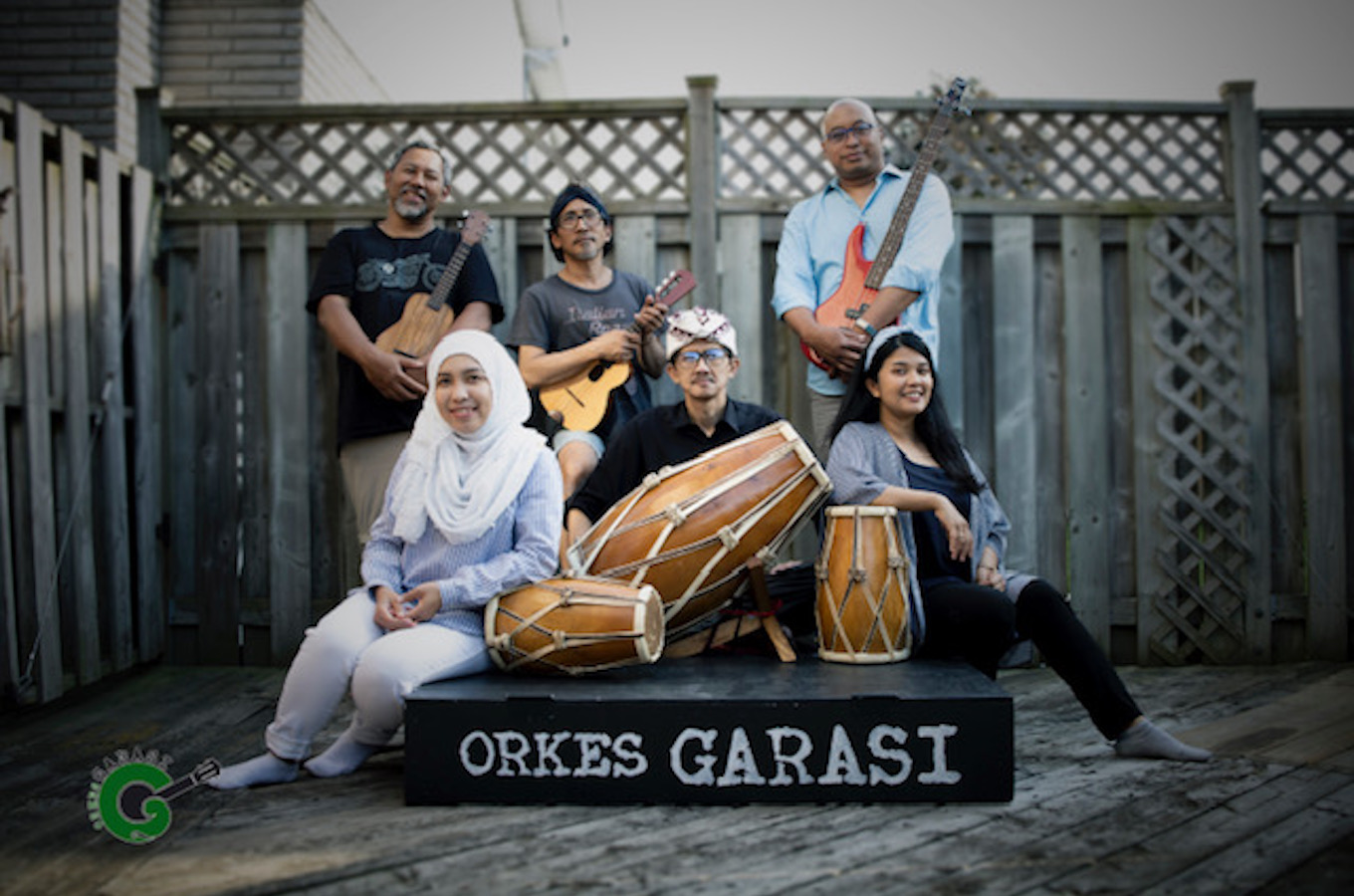 Blossoming Indonesia is a showcase of traditional music, choreography and vocal performances, such as legong and topeng dance. An afternoon of dramatic and songful wonder, Blossoming Indonesia will capture the essence of Indonesian arts in the face of cultural evolution and history.

The “Cowet Cowetan” is one of the famous dances from Banyumas, an area of East Java, Indonesia. This is considered an entertaining community dance to accompany cultural events such as the harvest season, cleaning up the village, etc. While performing, the dancers typically encourage the audience to participate by dancing along with the energetic, traditional music called “Gamelan” instruments and the lead vocalist called the “Sinden”.

Bapang is a theme of the palace legong, where it is only a variety of dance movements that are beautifully arranged and abstract. Consisting of the types of bapang, pengawak, pengecet, all of whom reflect a tough and dynamic character. (Bandem., 1983).

Legong Bapang Saba dance is a legong dance that was created in the year 30 and by I Gusti Ngurah Delantik, which is located at Puri Saba, this dance depicts the beauty of Dewi Supraba with dynamic, fast, and following the tempo of the accompaniment.

This dance includes the use of masks and traditional Javanese music, gamelan. Performed by Wisnu Wicaksono, this dance is about the journey of the King Kelana Sewandana and his proposal to the goddess Sangga Langit.

A band from Toronto that plays traditional Indonesian music – “kroncong” which comes from the “chrong chrong chrong” sound coming from the ukulele-like instruments played. Their unique sound provides a playful and unique interlude to the traditional dances of the many islands of Indonesia.

The Voice from the East

Introducing and telling the beauty of Indonesia, through the concept of “togetherness.”

From Sumatera, Arma and Wisnu will return to the stage and serve up a beautiful traditional plate dance.

Arma’s first performance in Canada was Legong Bapang Saba in Asean Youth Day Festival at the Consulate General of the Republic Indonesia in Toronto in October, 2019. He also had the opportunity to present Legong Bapang Saba in Carassauga Culture Concert Series in February 2021 and won Gold Honours in the Toronto International Youth Dance Festival in September. In May 2022, he was invited to present Javanese Puppets in a TCDSB School celebrating Asian Heritage Month.

“Art and Music are my daily rituals. I play violin, piano and sing daily.”

Wisnu Wicaksono is a young choreographer from Yogyakarta, Indonesia. He has traveled the world in order to carry out cultural missions, one of which is to present and teach some classical Javanese dances and Javanese Gamelan to students, local communities and Indonesian citizens in several countries including the United Kingdom, America, Bulgaria, South Africa, Australia , New Zealand, Japan, Germany, Prague, Canada, India, Thailand, Myanmar, Malaysia, and Singapore. An experienced choreographer Wisnu created a colossal dance at the 33rd Janadriyah Festival in Riyadh Saudi Arabia at the end of 2018 to early 2019.

Formed in the summer of 2015 by Akas, Theo, Jaya & Djenar. The band of four originally played guitar (Djenar), bass (Theo), and ukuleles (Akas and Jaya). In the process, the group enjoyed playing some old songs with kroncong as a genre. The music evolved in 2018 to include Indonesian traditional string instruments cuk (pronounced: chook) and cak (pronounced: chuck) replacing the ukuleles. In 2019, the band invited an Indonesian kendang (a Javanese traditional drum) setmaster, Wawan to collaborate and expand the genre into a more playful sound of campur sari. The band now also consists of vocalists Herlin and Shendy.

Vidia has been an active member of the Indonesian community in the Greater Toronto Area performing Indonesian Dance for Canada Day, Carrassauga, Asian Festival, and Luminato. The dances she performs are from all areas in Indonesia, such Javanese dance, Balinese dance, and East Indonesia dances.

For Early Announcements And More